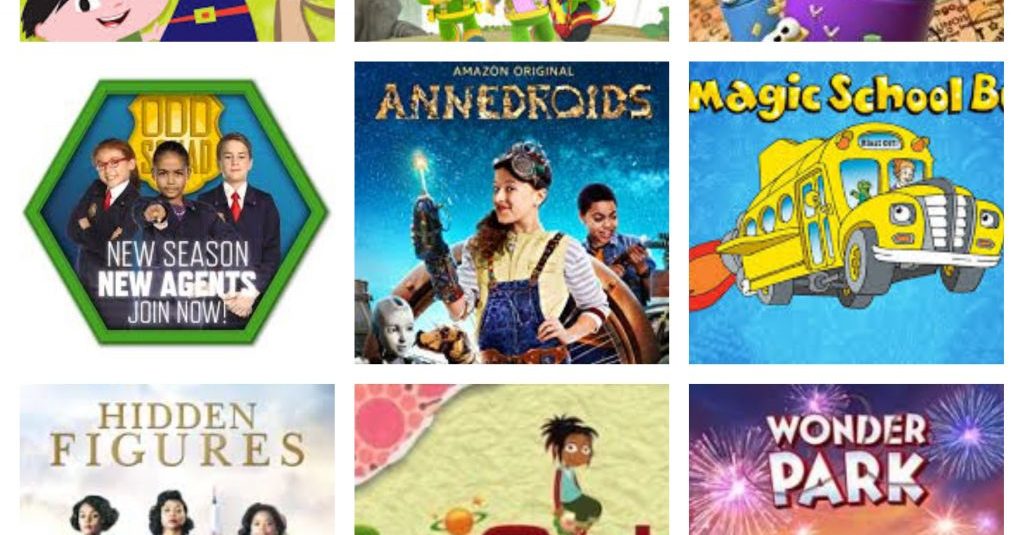 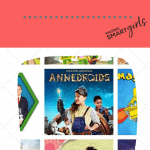 According to SeeJane.org, 4 out of 5 girls say that seeing girls/women as STEM characters on television is important to them but most STEM characters in kid’s programming are male and white. While the media can do better in portraying diverse roles and people in STEM media, there are some pretty awesome shows existing already that portray strong, smart, and talented female characters.

Here are 9 shows we recommend you check out:

Earth to Luna! is an animated series that follows a very inquisitive, young girl named Luna. Luna is in love with science and, as many children do, has many questions about the world around her. Each episode is centered around answering one of those questions. Luna is accompanied by her little brother Jupiter and their pet ferret Clyde. These short episodes are filled with plenty of music, singing and dancing to keep your child engaged as Luna models a love of learning. Curiosity and exploration win out in this show. If you want to watch this, you can find stream it with Amazon Prime or watch the first five episodes on YouTube.

Jim Henson’s Hulu Original, Doozers, sets out to demonstrate the engineering process to kids in a fun and light way. This animated series follows four young Doozers, Daisy Wheel, Flex, Spike and Molly Bolt, that are determined to solve problems in their world. Their “Pod Squad” sets out to “Design, Create, and Innovate”. They experience a lot of trial and error, which demonstrates to children the importance of failure and how to learn from it. Your kids will learn from these Doozers how to be patient, persevere, and how to incorporate STEM knowledge to solve problems. If you want to watch this, you can stream it on Hulu.

Netflix’s Ask the Storybots follows a group of fun, little creatures that discover the answers to questions from kids. The show adds in clips of real children asking their questions and then they set off to find the answer. Ask the Storybots offers a mix of live-action and animation with plenty of stimulation to keep your child entertained. This series also includes many prominent guest appearances to keep the interest of parents. It’s fun for all ages and can be very informative. If you want to watch this, you can stream it on Netflix.

The Odd Squad is a perfect show to start watching with your child. This entertaining series has 73 episodes to date, so it offers plenty of content to usher young minds into greater creativity and problem-solving. In the show, the leader, Ms. O (portrayed by Millie Davis) commands a group of government agents (child actors both male and female) that must investigate and solve strange problems in their towns. It is a comedic and scientific satire of police and spy dramas. The show is silly, funny, and promotes problem-solving in a fun manner. If you want to watch this show, you can stream it on Amazon Prime or PBS Kids.

Annedroids is a live-action series that follows the computer-programming genius, Anne. Using her dad’s junkyard, the 11-year old creates and programs robots to solve a variety of problems. All of this is done without the adults knowing. The only others that are involved in her experiments are her close friends. Friendship, positive self-esteem, and ingenuity are common themes of the episodes. If you want to watch this, you can stream it on Amazon Prime.

While many cannot decide whether the original or sequel run of the Magic School Bus is better, they both remain great options for your child. Each has a variety of female and minority representation in STEM, including the scientific leaders Valerie Frizzle from the original and Fiona Frizzle from the sequel. In these animated series, children are taken on a variety of frantic adventures to discover new and exciting things. Miss Frizzle and Ms. Frizzle cultivate an environment of curiosity and learning. If you want to watch either of these, they are available on Netflix.

The film Hidden Figures is based on the story of three African-American, female workers at NASA during the space race with the Soviet Union. Mathematician Katherine Goble, aspiring engineer Mary Jackson, and unofficial acting-supervisor Dorothy Vaughn display countless acts of bravery, confidence, perseverance, and grit. They display prowess in each of their STEM fields, despite pushback from many people because they are women and black. Your kids will discover pioneers in both racial and gender equality. If you want to watch this, it is available on a variety of streaming services for rent or purchase.

The PBS series SciGirls does an absolutely fantastic job at making the STEM field realistic and relatable to young girls. Each episode of SciGirls introduces the audience to a group of middle school girls attempting to find answers to their questions. The show includes many strong mentors for the girls to solve the inquiries. Topics range from engineering to archaeology to nutrition. These middle school girls have to apply their STEM knowledge to real-life scenarios and utilize teamwork, conflict resolution and perseverance. If you want to watch this, you can stream it on Amazon Prime or find content on PBS.

Wonder Park is a new movie to keep your eye out for. It is coming to theaters on March 15th, this movie is a story about the imaginative world creator named June. The 10-year old discovers a rundown amusement park in the woods, but quickly realizes it is a park she created from her own imagination. Her fantasy park has come to life but it is in danger of being destroyed by Chimpanzombies. With a cast of animal characters she imagined, they work together to bring Wonderland back to glory. This film will likely include a lot of humor but boasts a main character that created a world from her imagination.

If you are a parent that loves podcasts, you also might want to check out NPR’s “Brains On”, “Wow In The World” and “But Why: A Podcast for Curious Kids”. Each podcast is geared towards educating children and sparking their curiosity. They are great for adding some excitement to your car rides with kids.

For additional reviews on any of these shows, visit Common Sense Media.