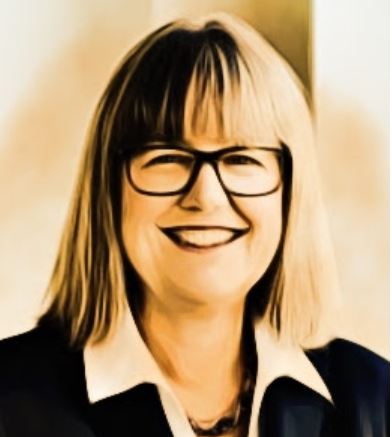 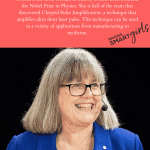 Donna is the third woman in history to have been awarded the Nobel Prize in Physics. She is half of the team that discovered Chirped Pulse Amplification, a technique that amplifies ultra short laser pulse. This technique can be used in a variety of applications from manufacturing to medicine.

Her interest in lasers comes from a trip to the science center when she was five years old. Her dad told her that lasers were the way of the future. Then when she was looking at colleges, she found that McMaster University’s physics department had a major in laser optics.

3 Things We Love About Donna: