Guide To Accelerating Your Gifted Child 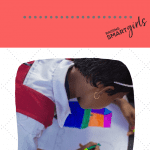 It is hard to discuss the frustration I have when I see my child struggling in school. Not because he was having a hard time with the subject matter, but because he was bored.

By the time my son was three years old, he had gone through the kindergarten level hooked on phonics. By the time he was in fifth grade, he was doing math at a ninth-grade level. At least, that is what the tests said, and even though he was testing high, he was getting below-average grades. When he finally hit high-school, I believed that taking the advanced classes would help him focus more. While he did pull A’s and B’s in the advanced courses, he had already read most of the books his LA teacher was assigning them. He was giving answers in math without having to show the work . . . And not only did he begin annoying his teachers, but he also started getting bored again.

His boredom lasted through his sophomore year, to the point where he had given up, and gotten F’s in many of the classes he should have been accelerating at. Finally, he asked us to go to tech school in our county. The career and technical center (CCTC) was taking high school juniors to focus on a specific idea that they wanted to focus on—my son is a software engineer. We all agreed that this was going to be the best option for him, and hoped that he would finally be challenged enough to do something about it.

While your daughter might still be early in her learning journey, gifted children face the same challenges at all levels of schooling. So many students are suffering because the school curriculum is not challenging enough for them. Whether the student is gifted and is bored in class, like my son, or is overachieving to the point of not knowing what to do next, many children need advancement to keep them engaged

Acceleration is a researched and supported part of educational intervention and can be used as a cornerstone for gifted children. The National Association of Gifted Children states, “The practice of educational acceleration has long been used to match high-level student’s general ability and specific talent with optimal learning opportunities.”

So, how can you get your child into accelerated classes if your school district has them?  Talk to your child’s teacher. The process can begin in second grade. Although it can be a long process with tests that are drawn out and approvals that need to be gotten, eventually, there will be a conclusion for you and your child.

The process can be lengthy, but it is simple:

A referral may come from teachers, parents, or test scores. Referrals are reviewed by a team who knows about giftedness and the team evaluates all students.

For eligibility, usually, a group of educators that work with your child will determine if your child matches up with state qualifications.

Delivery will be implementing your child into the program–directions should follow from your child’s eligibility team.

The problem is that only fifteen out of the fifty states have a mandatory, acceleration policy in place. Most other states allow the school districts to decide on what to do with their schools. This idea is tricky. Sometimes, schools don’t have the human-power to tackle the variety of learning capabilities required for the different personalities that traipse throughout their halls each year. Other times, when a child is in, what the district states is an accelerated class, the teachers are only giving your child extra worksheets to do instead of enhancing their learning abilities.

My son, not unlike many other gifted students, fell under the radar because he was mentally intelligent but emotionally immature. This imbalance left him floundering to focus, to fit in, and to feel confident in himself. And because of the educational oversight, it left me and his other parental units in fear he wouldn’t fare very well if he moved up a grade.

In 2008, a survey was completed by various schools across the nation. Educators went on record to say that it was getting harder to teach children because of how differently each one thought, learned and developed.

This is why it is so important that you are aware of what services your school district offers gifted children and what supplemental services are available to you. You will always be the best advocate for your child and you would be surprised how much is available when you know where to look.

Some things that can be done, if you are wondering, check to see if your state is one of the fifteen that has the acceleration policy act. If your state does, talk to your child’s counselor, principal, teacher, or anyone in the district who will listen. You need support.