Home Inspire How Alissa Chavez Became A Teen Inventor at 14 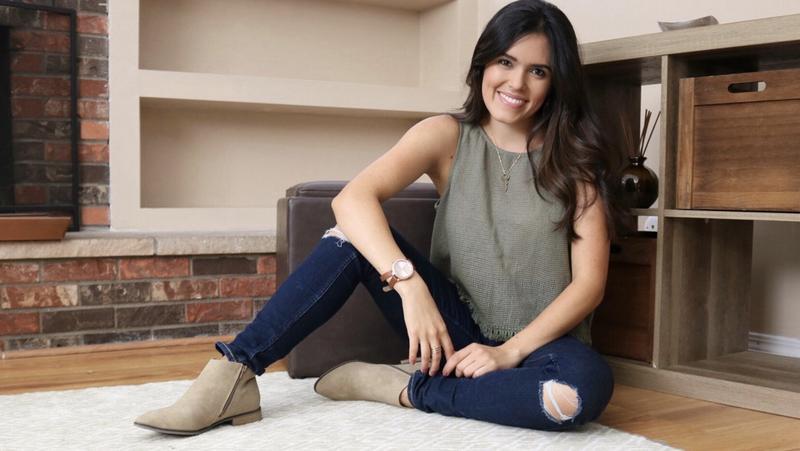 How Alissa Chavez Became A Teen Inventor at 14 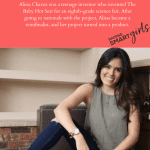 Alissa Chavez never really thought that she would become an inventor. Her journey started in middle school. Each year her school held a science and invention convention, and students were tasked with coming up with new ideas.

During her eighth grade year, after being particularly disturbed by the high occurrences of children dying after being unintentionally left in a hot car, she decided to focus her science fair project on coming up with a solution. This problem was personal for her because of how much she loved the children her mother cared for at the daycare center she owned. Alissa could not bear to think that any of those children could become the victim of a hot car tragedy and wanted to prevent that from happening.

After a lot of research, Alissa found inspiration for her idea by studying different alarms and alert systems already present in vehicles. She learned that although there were alarms when you open a door, forget your keys in the engine, and when you open a window, there was no alarm to tell you your baby was still in its seat. Her mom would pick up alarm systems from Radio Shack, and she worked on trying to connect them together.

The version of her idea that she presented at the science fair used a key fob alarm system to notify a parent after they have locked their car if the baby was still inside.

The product has since evolved to include a mobile app that connects to a pressure sensor placed underneath the car seat to detect the presence of the baby on the seat.

One of the perks of becoming a state semi-finalist of the state fair was an invitation to lunch with the Mayor of her city. It was at that meeting that she met a patent attorney who encouraged her to file for a patent and to bring the product to market.

Although she didn’t get awarded the patent until three years later when she was 17, she still became the youngest Latina patent holder in the United States.

Her success has given her the opportunity to be featured as a Glamour Magazine Woman of the Year, a TEDx speaker, and an ambassador for both Technolochicas, an organization that promotes young Latinas to explore careers in STEM.

Today, The Baby Hot Seat is ready to hit the market and Alissa, who continues to be inspired to improve the wellbeing of young children, has already started working on her next product, Easy Flow – an eco-friendly baby bottle.

On getting  support, mentorship, and funding as a teenage founder:

One of the struggles of starting my business was that I had a few things working against me. People didn’t take me seriously because I was so young; they didn’t think I knew what I was talking about. Being female didn’t help either. I still experience some bias, even though I’ve proven, to some extent, that I am capable and I do know what I am doing.

On choosing a non-STEM college degree:

I believe there’s no one path for anyone. People have to shape their lives and shape their career. The more you open yourself up to the different aspects of life, you set yourself up to be ahead of the competition. By limiting yourself to STEM or engineering, or even only communication, you set a limit on what you are capable of. I am fascinated by how people connect and I didn’t discover that interest until I got to college.

On her greatest inspiration:

Aside from my mom, a single mother who worked hard to ensure she and her sister had everything they needed, I am greatly inspired by Walt Disney.  He was able to create something meaningful to so many people and that’s what I hope to do with my products.

On how her childhood shaped her:

The most significant gift from my childhood was that it wasn’t perfect. My mom was always very open with the love that she has for my sister and me;  It was something we never doubted.

She was willing to do anything and everything she could for us. And I think that unconditional love showed me how important I was to her.

Her advice to young girls inspired by her journey:

Believe in yourself a thousand percent because most of the people you meet in the world won’t believe in you. And I think having that faith in yourself will help you go farther than you can imagine.

I’ve had to persist through many struggles throughout this process. Don’t let society or, or other people, influence what you can be or what you can become.