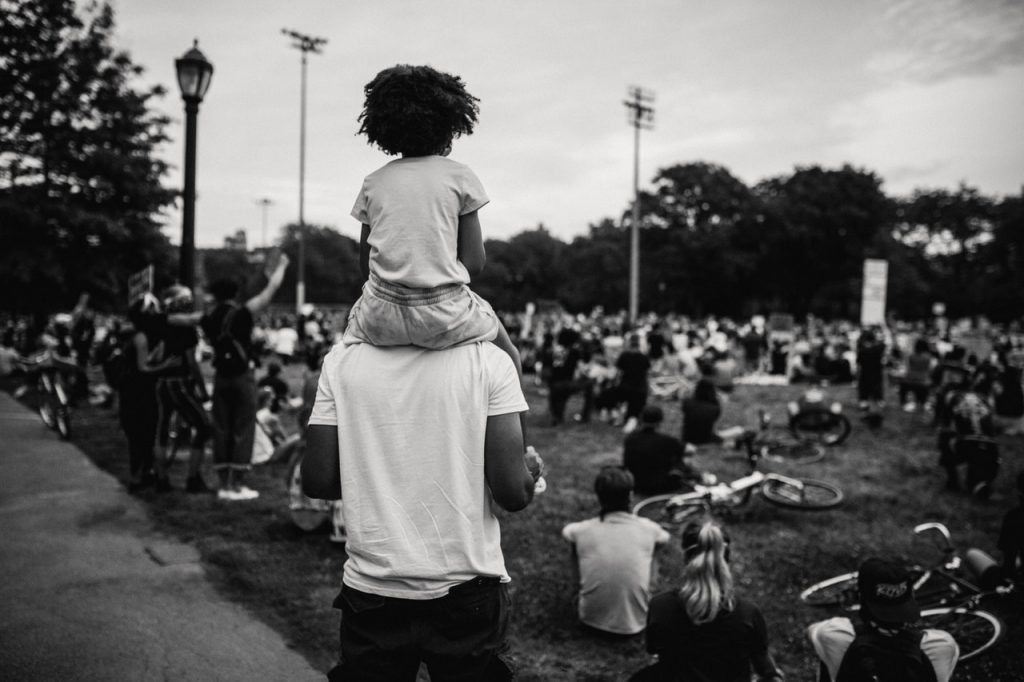 Youth Activism Then and Now

Young people have risen up in exponential numbers against injustice. With slogans such as “The young people will win,” and “Okay boomer,” the millennial and boomer generations are quickly making the political stage their own.

Youth activism has been an essential element of civil rights throughout history. The 1960’s and ’70’s were a particularly busy decade. Students of all ages marched for racial justice in Birmingham in 1963 while university students actively protested the U.S involvement in the Vietnam war.

What’s different today is that youth are finding bigger and more creative ways to fight back. Instead of sitting in, they’re buying out seats at Trump rallies to create a visibly empty arena.  Equality movements are being advanced by “Wonder Girls” and students speaking on what it’s like to be “black at”, their schools and universities. Hundreds have walked out of their schools to send messages on gun control, racism, and climate change.

With so many taking part in activism at younger ages it is likely your child may desire to join a movement or activate around a cause.  If so, parenting has probably gotten a little more complicated.

It is normal for parents of politically active children to feel like they are in a moral grey area. Your mind may be bursting with questions regarding their safety, and preserving their innocence. You may be worried about your child crossing the line between active citizenship and exploitation.

There’s no getting around this. Activism is controversial and the world is not kind to controversial figures. In the past few weeks alone we saw many young people who were attacked, injured or killed during the nationwide Black Lives Matter protests. While nothing will ever be 100% secure, you can still make basic safety measures a habit. Hands-on parents can do easy things like making sure children do not go out alone, monitoring who they interact with, and keeping them in secure areas of town. Encourage them to partner with activist groups who have experience in holding safe platforms.

Activism gets dangerously close to exploitation when children start suffering in silence. The negative psychological impacts of fame have been deeply analyzed in the context of children in the entertainment industry but less in the political arena. Similarities exist between the two such as the stressors of publicity and having big responsibilities at a young age. For activists, these obstacles exist along with the effects of being exposed to some of the world’s darkest issues.

Take Greta Thunberg for example. The 17-year-old climate activist says she started her now international movement after being exposed to the issue of climate change at school. Thunberg described being so burdened by the idea of imminent ecological collapse that she fell into a state of depression. Although in Thunberg’s case, it was this phase of mental instability that inspired and fueled her platform. Other children will respond differently, at different times and in different ways. They should be encouraged to fight for change while also accommodating themselves and having a life separate from the issues.

So, you’ve weighed the variables and decided to encourage your child’s career in activism. Good for you! Your kids will need that support network. They will also need an advisor. This is where you come in. Your family has a number of difficult conversations ahead of you. The advice you give to your child is ultimately up to you but here are some talking points to get you started.

Hopefully, you answered no because every detail of that story, including the existence of Carolyn Gombell is completely fabricated. An experiment of Twitter users to demonstrate how rapidly false information can spread. Within 24 hours, Gombell’s story was trending on Twitter and debunked on Snopes. It is easy to disprove and has lost most of its traction since it originated last May. Despite this, her name still appears on Twitter often alongside real victims such as Breonna Taylor and Elijah McClain. What’s worse is that fake claims are very easy to back up. Technology allows us to make some very convincing fakeries ranging from news headlines about Carolyn Gombell to an entire video of President Obama in a PSA he never really made.

As the advisors, it is the parent’s job to educate young activists. The thing about being a part of a movement is that those involved believe they are right and in many cases that they themselves are righteous individuals. Correctly applied, there’s nothing wrong with these mindsets. However, correct application is difficult when children grow up trying to change a world they are still learning about. The adults in a child’s life have to ensure they are properly educated and instilled in good values. This includes exposing them to reliable bipartisan media and frequently discussing the issues to keep them grounded in reality.

It is especially important to know your facts when active on social media. One very common mistake occurs when people treat social media as a source of news rather than a source to share news. You’ve probably heard some variation of the phrase “a lie repeated a thousand times becomes the truth”. In the modern day this can be attributed to misinformation and bias that is posted, shared, and reposted a thousand times over until people either believe it or risk receiving backlash for NOT believing it.

Social media is a place where anyone can say whatever they want and surround themselves with people who will agree with them no matter what. As you have to consciously pick and choose who you follow online it is impossible to completely avoid confirmation bias. Consequently, it is easy to forget the existence of alternate worldviews. As an activist, your child may find it important to have an online platform and that’s okay. But make sure they are stepping back from their social media bubble for significant periods of time. Encourage them to see the world beyond the screen and interact with people different from them.

Stop Saying “Okay Boomer” or generalizing any group of people

There’s a very significant political divide between age groups, even groups that are only a couple of decades apart. Progress will not occur so long as this divide exists. It can only happen when everyone works to listen, understand, and educate each other.

By choosing to be an activist your child has made a very brave and unique decision. This sets your whole family on a journey that will no doubt be difficult to navigate at times. It also puts your child among the ranks of some of history’s biggest influencers. Raising smart activists may not be easy and it may not be comfortable. But it is one of the most important things you can do as a parent and as a global citizen.